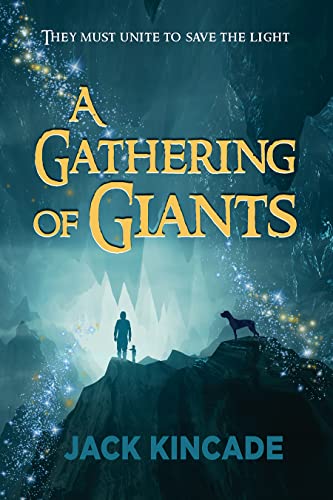 A Gathering of Giants

Giants aren’t always as tall as skyscrapers. True giants come in all sizes.
Young Zack Goodnight is a lonely boy searching for his identity. Orphanage raised since birth, the unadoptable child has spent his young life under the influence of a cadre of psychiatrists trying to convince him that the unbelievable things he reports seeing around him are simply an illusion.
Invisible creatures filling the sky? Portals to other dimensions?
“Nonsense,” they tell him repeatedly. “These things you describe can’t possibly exist.”
But Zack knows better. He can feel his powers of hyper-perception growing more powerful by the minute as he senses that something wonderful lies on the other side of our reality. And perhaps something sinister too.
As desperate cries for help ring out from that shattered dimension, Zack is left with no other choice but to follow his heart.
Where do the real monsters hide when they’re being hunted? Zack is about to find out. Sometimes, not fully understanding your destiny in an insane world is a good thing.
Join Zack, a handful of friends, a battle-hound named Harley, and the last giant on earth as they all unite to save the light.