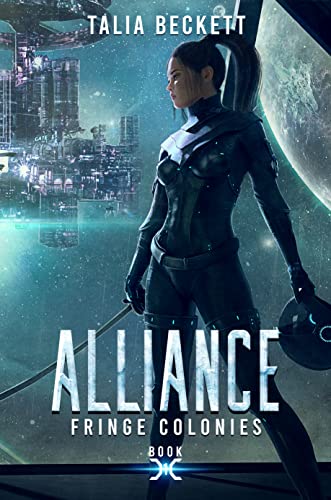 Life in the fringe colonies is tough, but to Dante it’s home. Captain of the Xeartais crew, he leads a ragtag bunch of miscreants just trying to survive. But not everyone at the local space station plays fair. When Dante decides to unite several crews in an alliance it causes a ripple effect that will either tip the scales for good or end in ruin.

Kit is running from the stifling life others wanted her to lead. When she arrives on Ephren and runs into the Xeartais crew, she wonders if she’s finally found somewhere she belongs, but she brings her own issues with her, and life in the alliance isn’t exactly safe.

Can Kit and Dante keep the alliance mates safe from pirates, alien threats, and all the usual dangers of a colony, or have they both gotten in far too deep?

With the pirates uniting behind a single leader as well, only one thing is for sure: Those who can fly, must. And every good mate counts.