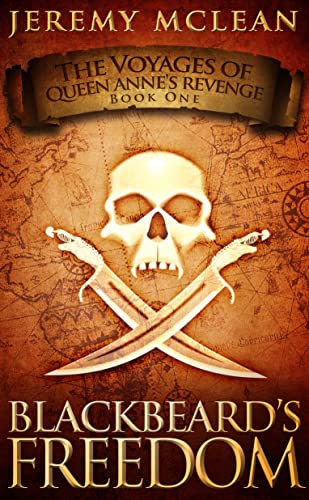 What would you do for your Freedom?

Would you steal? Kill? Die?

For Edward Thatch, there’s no questioning the depths he will go for his Freedom.

Edward didn’t know he had bought a former pirate ship until it was too late. A captain in his majesty’s service, Isaac Smith, was already searching for the vessel and quickly caught Edward and his new crew. But when Smith threatened to take Edward’s ship and his freedom away, he took matters into his own hands.

Edward’s hasty action sends him and his best friend Henry Morgan running from the law on an adventure across the Caribbean & Latin America. The two will have to fight not only to stay alive but to stay free during the so-called “Golden Age” of piracy.

And as Edward learns more about the pirate who owned the ship before them and the surprises he left behind, the more he learns about the threat it poses to his and his crew’s lives.

Will Edward and Henry embrace the life that’s been thrust upon them?

Will they crash against the rocks of their misfortune?

See how the pirate Blackbeard came to be the scourge of the Caribbean Sea and beyond, and follow him on his fantasy adventures full of pirates, privateers, and everything in between in The Voyages of Queen Anne’s Revenge!