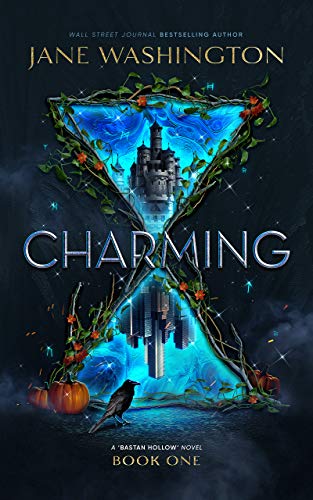 Lilou Adler is a student at the Bastan College for Applied Physics: a magic school focussed on training adult witches and warlocks to become Enforcers. As an Enforcer-in-training, she is one of the many tasked with keeping each generation of fairy tale creatures on track with their fates.
There are just a few problems:
1. Being tasked with the all-important “Cinderella” tale as her first assignment had to be a clerical error.
2. Prince Charming is too busy chasing fairy “tail” to settle down.
3. Cinderella has sticky fingers and boundary issues.
4. A certain someone is hell-bent on taking her out of commission, but not even the High Warlock of Bastan can stop this witch when she gets started.

Arlo Demarcus is the High Warlock of Bastan and it’s his job to investigate magical crimes and to enforce magical law. It’s also his job to protect the next target in a string of magical murders: Lilou Adler.
There are just a few problems:
1. Lilou being tasked with the all-important “Cinderella” tale as her first assignment had to be a joke.
2. A certain someone is hell-bent on making his job a living hell, but there’s no way a twenty-something Enforcer-in-training is going to stop this warlock when he gets started.