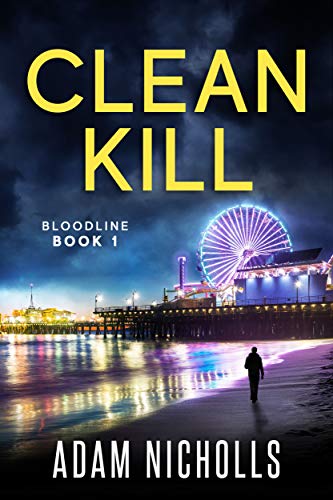 By: Adam Nicholls
Lies run thicker than blood.
Genre: Library | Thriller
Series: Bloodline
Pages: 213
Crime Thriller | serial killers
Amazon Books
Description
When Blake Salinger went to work that day, everything seemed normal. His life was structured and routine. All he wanted was a little excitement–he just never expected to be arrested for his own father’s murder.

Caught between the lies of corrupt cops and a silver-haired stranger, Blake flees across Los Angeles to learn the truth of his father’s mysterious past. The deeper he goes, the bigger the lies become. The only certain thing is that he can’t run forever.

The secrets come thick and fast in a new relentless thriller novel. Full of lies and conspiracies, this rocket-paced ride follows a man pitted against his own family, the LAPD and a corrupt government agency.