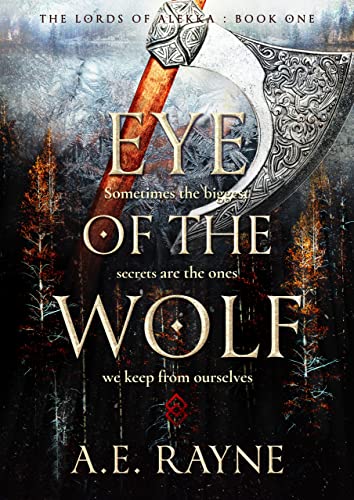 Eye of the Wolf

By: A.E. Rayne
Captured by a desperate lord intent on turning his fortunes around, Alys de Sant is forced to reveal her greatest secret to save her life.
Genre: Action & Adventure | Fantasy | Library
Series: The Lords of Alekka
Pages: 658
Epic Fantasy
Amazon Books

Alekka is a kingdom riven with rivalries – even its gods are at war – and now, after twenty years of relative peace, the king’s enemies are emboldened, threatening to rise against him.

Shut away in a small village, Alys is oblivious to it all until she is torn from her home and family and forced to confront the dark forces at work, and her own mysterious past.

Lord Reinar Vilander is acutely aware of the king’s precarious position, for his fortress guards the bridge to Alekka’s capital. Enemies range above him, planning their attack. Enemies with dreamers capable of wielding dark magic. And a skilled dreamer is surely worth a few thousand men.

Needing to act fast to shore up his defenses, Reinar takes his ships to sea looking for slaves to sell. Slaves will earn him the silver to tempt more warriors to fight beneath his banner. Though one of the women catches his eye, and then captures his attention entirely. A beautiful woman in a green dress.

Her name is Alys.

And Alys is about to save his life.

Eye of the Wolf is the thrilling first book in the Lords of Alekka epic fantasy series. Fast-paced and action-packed, it is a fresh delight of twists and turns, infused with magic, romance and mystery, and just the right amount of epic battles to keep you on the edge of your seat.