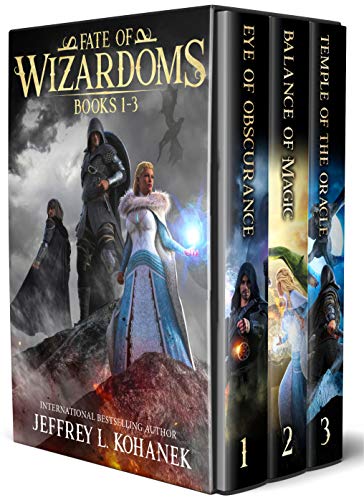 But when a power-hungry wizard lord seeks to expand his rule, he triggers events unforeseen. The balance of magic is altered, races of old return, and beasts of legend stalk the land.

A squad of unlikely heroes armed with magical objects are drawn into the conflict:

These characters lead a compelling and memorable cast including ruthless wizards who vie for thrones able to grant the power of a god. How do you defeat a god?