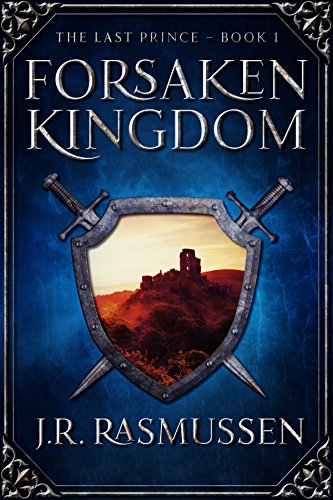 By: J.R. Rasmussen
At his kingdom's darkest hour, the lost heir returns. A pity he can't remember who he is ...
Genre: Action & Adventure | Fantasy
Series: The Last Prince
Pages: 352
Coming of Age
$0.99
Free
Amazon Books

To save his people and the forbidden magic they’re sworn to defend, Wardin Rath surrenders his birthright and his past. For seven years he’s held at the court of his deadliest enemy, oblivious to all he’s lost. Until one day, the spell that stole his memories begins to crack.

On the heels of a harrowing escape, Wardin’s quest for answers leads him to the last magistery, where he studied magic as a boy. But he’ll find no safe haven there—or anywhere. Plagued by threats and suspicion, hunted relentlessly by the king who will stop at nothing to crush him, Wardin is soon battling for his life, his home, and the survival of magic itself.

And this time, the enemy will take no prisoners.