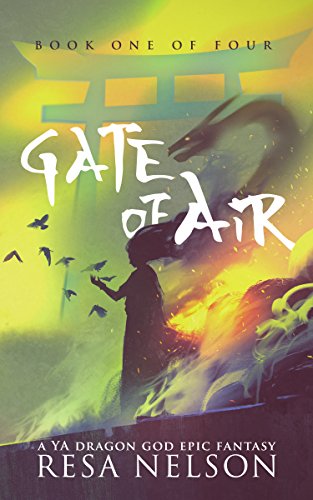 By: Resa Nelson
Frayka must find and convince the dragon gods of the Far East to appease the gods of her Northland heritage.
Genre: Fantasy | Library | Teen & Young Adult
Series: Dragon Gods
Pages: 308
Asian Myth | Sword & Sorcery
Amazon Books
Description
If she fails, her own Northlander gods will destroy all the mortals who once promised to worship them.

The Far East is a mysterious place of legend to Northlanders like Frayka. Only an old map can show her how to get there. Once she arrives, all of Frayka’s sensibilities put her in danger. And every dangerous turn delays her from finding the dragon gods whose help she so desperately needs.

Although Frayka looks like a Far Easterner, she is a powerful Northlander warrior who is quick to voice her thoughts. She is trained to fight and won’t hesitate to do so.

But everything about Frayka puts her in deadly peril in the Far East, where the laws are strict and the punishment cruel.

Especially when the one being punished is a woman.