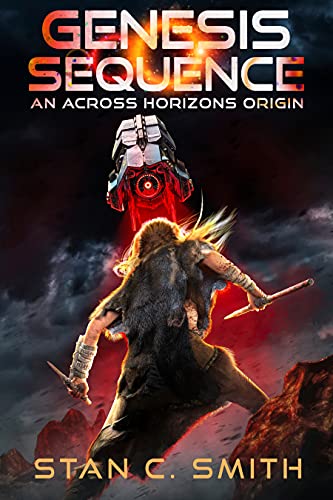 Banished from her tribe, Skyra Una-Loto wanders through an ancient landscape teeming with fierce predators. Skyra searches for a way to overcome the crippling fear that has plagued her since witnessing her birthmother’s brutal death.

The problem is, to overcome her fear and reclaim her strength, she must attack and kill predators that will probably kill her first.

Skyra’s desperate quest takes an unexpected turn when she encounters a creature unlike anything she has seen before. It walks on four legs, yet it can also fly. It eats fire instead of flesh, and it speaks a strange language called English. Its name is Ripple.

Ripple cannot believe its good luck. Having jumped 47,000 years into the past, the robotic drone has completed its research mission and is stranded here forever. Now it has found a living, breathing Neanderthal to study. The more Ripple learns about Skyra, the more the drone is convinced she is important to the future of this new world—but only if Ripple can keep her alive.