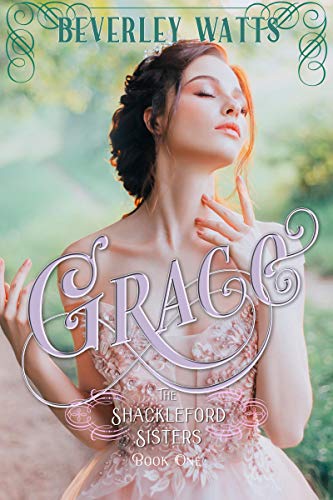 ….Reverend Augustus Shackleford’s mission in life (aside from ensuring the collection box was suitably full every Sunday) was to secure advantageous marriages for each of his eight daughters. A tall order, given the fact that in the Reverend’s opinion they didn’t possess a single ladylike bone in the eight bodies they had between them. Quite where he would find a wealthy titled gentleman bottle headed enough to take any of them on remained a mystery and indeed was likely to test even his legendary resourcefulness.

….Grievously wounded at the Battle of Trafalgar, Nicholas Sinclair was only recently returned to Blackmore after receiving news of his estranged father’s unexpected death. After an absence of twenty years, the new Duke was well aware it was his duty to marry and produce an heir as quickly as possible. However, tormented by recurring nightmares after his horrific experiences during the battle, Nicholas had no taste to brave the ton’s marriage mart in search of a docile obedient wife.

…..Never in his wildest dreams did Reverend Shackleford envisage receiving an offer for his eldest daughter from the newly appointed Duke of Blackmore. Of course, the Reverend was well aware he was fudging it a bit in describing Grace as respectful, meek or dutiful, nevertheless, he could never have imagined that his eldest daughter’s unruliness might end up ruining them all….