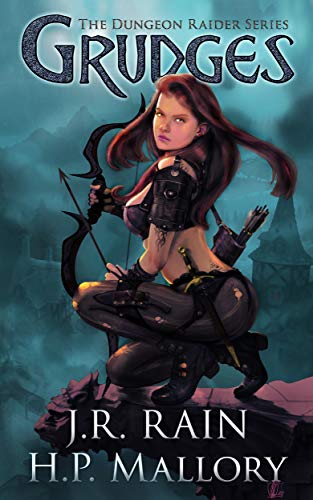 It’s not a place that gives anyone the warm and fuzzies.

No, The Forge is a dungeon mine that used to be home to the Deep Mountain Clan of dwarves. Then the orcs took control of it and forced the dwarves out.

Now it’s a death sentence to any who try to voyage into its dark depths.

That’s where I come in.

No, I’m not some sort of soldier or mercenary trying to set things right.

And I’ve plundered many dungeons—enough to have earned a reputation for myself.

I’m good at what I do and that’s the exact reason why I’ve been hired by holy knight, Cade, to take him into the bowels of The Forge.

Cade was entrusted by his higher-up to retrieve a holy scroll, located in the belly of The Forge.

The only problem (aside from the territorial orcs, the nightmarish beasts that roam the tunnels and shafts, and the fact that no one has ever reached the final level of The Forge) is…

So, this isn’t one of my prouder moments, but a long time ago, Aram and I were together. Then I stole something precious from him and he’s been after me ever since.

Well, you know what they say about karma…

My karma finally caught up to me when Aram staged a setup and I fell for the bait.

Imagine Aram’s irritation when he finally gets the chance to arrest me, but then Cade shows up with this quest. Even though Aram is a Justiciar, an enforcer of the law, Cade’s rank trumps Aram’s which means Cade’s word goes.

And Cade wants me to lead this expedition.

As I see it, I have two choices: rot inside a jail cell for the rest of my life or take my chances in The Forge, with the potential to earn my freedom.

I choose The Forge.

After all, I’m always up for an adventure.