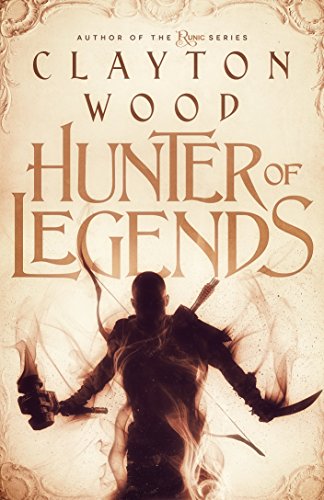 By: Clayton Wood
Plunged into an ancient portal, Hunter finds himself in a world where mankind has been all but destroyed by the dark magic of the forest surrounding the kingdom of Tykus, the last remaining human settlement. Magic that threatens to transform mankind into horrifying monsters.
Genre: Action & Adventure | Fantasy | Library
Series: Fate of Legends Series
Pages: 477
Dark Fantasy | Sword & Sorcery
Amazon Books

When Hunter discovers that he possesses the power to absorb the skills and traits of the people around him – and to transfer his skills and traits to others – Hunter becomes the hunted. For the immortal King Tykus will stop at nothing to destroy him…or to brainwash him into becoming the kingdom’s ultimate weapon.

Fleeing the kingdom, Hunter meets a woman with the same terrible power…an exiled master swordswoman named Vi. A wise-cracking, butt-kicking, badass warrior, she has one rule: keep up with her…or die.

Now Hunter must survive Vi’s brutal training regimen to become a master swordsman. If he succeeds, he’ll have a chance at fighting back against the all-powerful King Tykus. If he fails, his enemies will surely kill him. That is, if Vi doesn’t do it first!