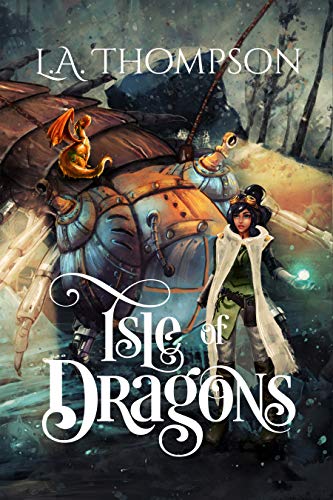 On the run from the royal army in a giant mechanical centipede, sixteen-year-old Jade Sol embarks on a dangerous adventure to help her father escape from the Isle of Dragons—a land of untamed magic that some believe only exists in myth.
When Jade is cornered by soldiers, a mysterious witch named Miria Atkins rescues her, calling on spirits from a magical realm to channel their mystical energy into light and matter. Jade begs Miria and the sorceress’s mechanist brother, Dan, to join her quest.

The siblings resist at first, but their hearts soften when they hear of her father’s fate. Their own parents had attempted an expedition from Vansh to the Isle of Dragons years ago and never returned. Together, the trio of young heroes journey across the feudal countryside trek across the sea to become the first humans to reach the elusive Isle of Dragons.