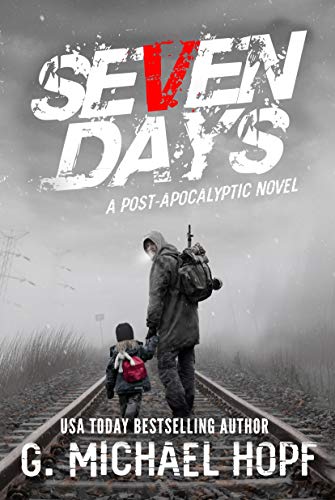 When the guns went silent and the last bombs were dropped, billions were lost and the world had become unrecognizable.

Nine years later, Reid Flynn and his eight-year-old daughter, Hannah, live a protected life behind the walls and rules of their small hamlet, Deliverance. Life is hard there but safe… or so Reid thought until Hannah showed the first symptoms of the plague.

Once someone was symptomatic with the plague, they’d die in a week’s time. With the clock ticking and only the rumor of a cure a thousand miles away, Reid must leave with Hannah in hopes that he’ll find the cure before the end of the seventh day.