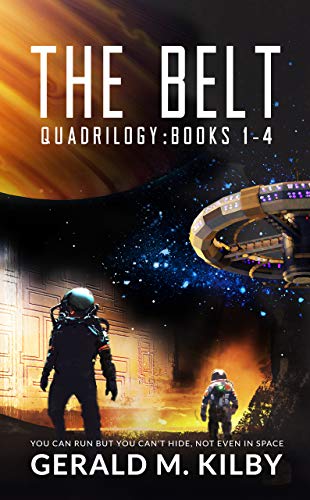 Commander Scott McNabb and the crew of the science vessel, Hermes, are three years into a five-year-long survey of the asteroid belt when they discover a derelict spaceship in orbit around a binary asteroid. The ship contains an experimental quantum device, lost while en route to a research colony on Europa.

However, once word of the crew’s discovery gets out, they soon realize that ownership of this technology could fundamentally change the balance of power within the colonized worlds, and they now find themselves at the very nexus of a system-wide conflict.

Their fight for survival plays out across the solar system, from the mining outposts of the asteroid belt to the moons of Jupiter and Saturn, and from the great Martian city of Jezero to an irradiated wasteland on Earth.

This is an epic tale of humanity’s struggle for survival and meaning in a time when artificial intelligence has finally out-paced our own ability to control it.