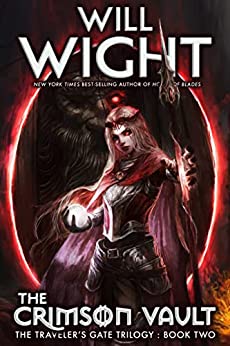 By: Will Wight
As the conflict between Enosh and Damasca builds to war, Simon finds himself caught in the middle.
Genre: Fantasy | Library | Teen & Young Adult
Series: The Traveler's Gate Trilogy
Pages: 386
Coming of Age | Epic Fantasy
Amazon Books

As the conflict between Enosh and Damasca builds to war, Simon finds himself caught in the middle. Alin is bound by prophecy to the Grandmasters of Enosh, but he begins to doubt his fate when he discovers that their talk of freedom hides a darker agenda. Leah has never questioned her loyalty to Damasca. Now, she finds that allegiance tested as she is forced to oppose her own rebellious brother. With these two powers on the brink of open war, the land soon trembles in the face of an even greater threat. Who can stand against the Wanderer?