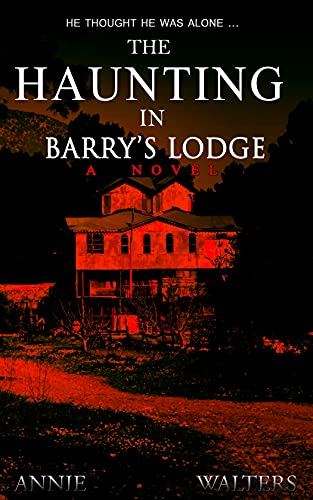 The Haunting in Barry’s Lodge

He’s Alone, frightened and trapped. He thinks he knows fear, but he is about to find what it means to be truly scared. He hears someone drawing close…RUN!.. She is coming for him…

Alfred, a washed-up author plagued by failures, can’t believe his luck when his father-in-law, Frank, provides him with a chance that he direly craved for:

Seven days alone in an isolated Motel with the task of finishing his upcoming book!

But little does he know about the Motel’s unsavory history. Hidden in the copse of trees and about 400 miles away from his home, it is a two-story facade located in the dark forest of Skiddaw. With no WIFI, poor signals and weird set of rules, the dark atmosphere soon turns his seemingly idyllic trip into a living nightmare. Apart from the usual creaks, groans, and moans of the motel, he soon finds himself face to face with an entity. An urban legend that is lurking in the woods long before the motel found its existing foundations.The Motel’s dark and deadly history quickly becomes tangled with Alfred’s life as he frantically searches for answers. Barry, the caretaker, is hiding something. But what is it? Is there someone else living in the motel besides him? Or is Barry not what he seemingly appears? Alfred rapidly begins to lose his tenuous grip on reality as he sinks further and further into an intricately designed game of deceit and lies that might put his life in danger! Or is he a threat to himself and everybody around him?