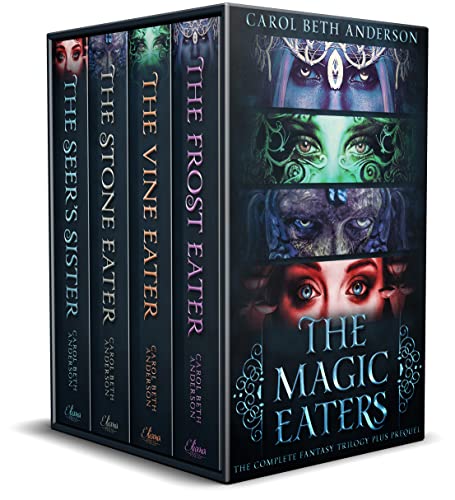 A spoiled royal hungry for excitement. A young man who hates nobles. Can they foil a kidnapping before they fall prey to an enemy’s deadly magic?

Seventeen-year-old Princess Nora Abrios is lonely and bored. Though she’s a frost eater who creates magical ice, she’d give anything for a chance to really cut loose. When a commoner’s flying antics capture her attention, she seizes the opportunity to partner up and escape her dreary palace duties.

Krey West’s girlfriend Zeisha disappeared weeks ago. He vowed to discover her fate. So when his unusual magic catches the eye of the privileged princess, he jumps at the chance to find his love by exploiting the monarchy he hates. But he’s surprised by his feisty new ally’s willingness to defy her family and dig deep into the nation’s darkest secrets…

As new evidence shocks Nora, she makes the fateful choice to flee the capital and join Krey in banishment. And when they uncover a sinister plot which runs darker than the disappearance of one girl, Krey resolves to do whatever it takes…even if he must face down a dragon.

Can Nora and Krey save Zeisha and expose a shadowy enemy, or will their prying spell their doom?