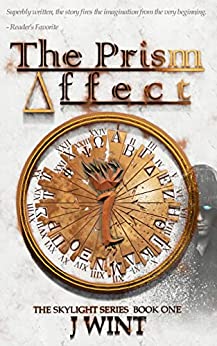 He is affected by a rare condition known as ephebus mortem, also called the youthful death, and legend says it will kill him before his twenty-fourth birthday. To make matters worse, the legend also claims that its victims become delusional as they grow older.

However, things take a turn for the better when he is unexpectedly accepted into the renowned Skylight University–an orbiting system in the Earth’s atmosphere. At first, he doubts the legend and begins the semester hoping to learn more about his strange disease. As the school year unfolds, he meets a group of students like him and they band together. Soon, strange things start to happen–mysterious shadows follow them, bizarre holographic prophecies appear that only they can see, and haunting voices cloud Jet’s thoughts. He begins to struggle on the blaze pitch and with his studies. The small group of students threaten to splinter apart as the semester races to a close and Jet wonders if he will survive. In the end, he uncovers something about himself so profound that it will change his life forever.