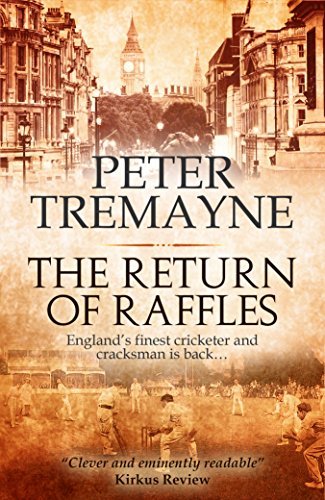 The Return of Raffles

“Standing gazing down at me, an amused expression on his saturnine face, was A. J. Raffles, England’s finest cricketer and if the truth were known, her greatest amateur cracksman. But Raffles had been killed in the Boer War four years ago!” Or had he …?

Alive and well and totally unreformed, Raffles together with his trusted ally and partner in crime, Bunny Manders, takes up his favourite sport: safe-cracking! But events bode ill for Raffles when he is caught by his long-time antagonist, Chief Inspector Mackenzie …

Raffles is blackmailed into using his ‘unusual’ talents for the government. His mission: to procure certain incriminating letters written by an indiscreet monarch — to avert an international crisis.

Could this be the beginning of a new career for Raffles — this time working with the law?