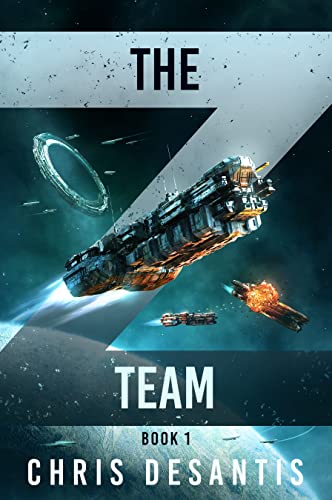 Someone cracked the planet of Auturia in half. Fifty million souls lost to the great void. With them went the Commonwealth’s promise of galactic peace.

Amidst the turmoil, captain and veteran Dash Anderton braves the commerce routes aboard his freighter, the Stardancer. He struggles to stay afloat while seeking peace with his secret past on the dead planet.

Joined by his not-so-hotshot pilot, mismatched mechanic bot, and the cantankerous operations crew, he is forced to take on a sketchy job and a new crewmember. The runaway medtech has secrets of his own. A trio of elite “bounty hunters” are hot on his tail, and won’t stop until they return him to their mysterious client, or die trying.

When the job takes an unexpected turn, Dash must contend with betrayal inside and out. A desperate turn of events which calls for the A Team.

But when all you have is the Z Team, strap in and prepare for a wild ride.