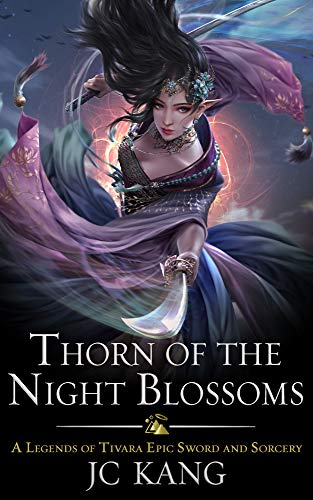 Thorn of the Night Blossoms

Raised in a clan of imperial spies and assassins, half-elf orphan Jie has only known a love for the blade… until now.

During a deep cover mission, a forbidden affection blossoms with a fellow clan member.

When rebels learn their true identity, and Jie uncovers a plot against the emperor, she must choose between love and duty.

Because when faced with brewing rebellion, your decisions could save an empire…