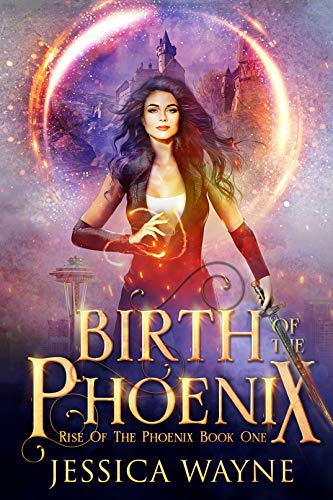 Birth Of The Phoenix

Anastasia’s always led a semi-normal life…until now. After an unprovoked attack leaves her wounded and fighting for survival, she’s rescued by a sorcerer and thrown through a portal into another world. This new place will have her questioning everything she’s ever known, and embarking on a mission that could save all the worlds…or lead to their destruction.

Dakota’s life changed forever when the woman he loved disappeared without a trace. Seeking her in the face of every homicide victim and missing person in all of Seattle, he’s completely unprepared for the moment their paths cross again. On the heels of beasts straight from the darkest nightmares, his Anastasia returns.

And she’s brought another world’s war with her.

Perfect for fans of Jessica Lynch’s Mirrorside series, K.M. Shea’s Hall of Blood and Mercy series, and K.F. Breene’s Born In Fire, or anyone who loves portal fantasy with a romantic twist.