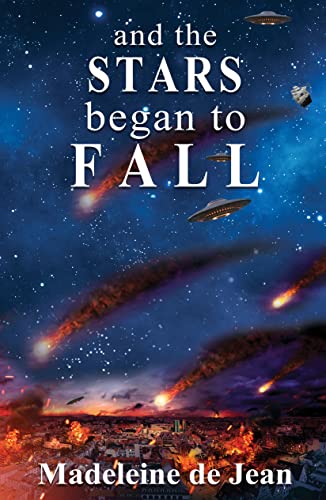 And the Stars Began to Fall

Margaret finds herself morphing in and out of a permeable timeline, uncovering Bronze Age Aliens joined to a Curse of Clytemnestra set to go off tomorrow.

Margaret’s most unique discovery, this 3200-hundred-year-old figurine, found in the ruins of King Agamemnon’s palace, reveals a far-advanced Bronze Age society of enlightened humans who lived in a world of sciences and technologies, where humanitarianism guided the uses of atomic energy and where kingdoms existed for equality and well-being of all within the confederation.

Will Margaret be able to remove the blinders of this 21st Century in time to believe that what she hears from this tiny clay figurine is in fact a reality, warning her of an ancient curse about to presently erupt, in time to turn the key, open the doors, and save some real 3200-hundred-year-old Girls? And herself?

AND THE STARS BEGAN TO FALL is also the story of what caused the end of the great Bronze Age Peloponnesos Society revolving around and extending from King Nestor’s Pylos; that enlightened society far more advanced humanitarianly, socially and scientifically than we are today.

Was the Bronze Age ended by Aliens—The Peoples from the Sky—by The Peoples of the Sea, by eruptions of the earth, by astronomic cataclysms, or by a combination of them all?

In Honor of Elizabeth Wace French, twenty-percent from the profit of each book will be contributed to the Institute of Mediterranean Studies (www.griffinwarrior.org), in support of preservation of finds from the grave of the Griffin warrior at the Palace of Nestor in Pylos in Greece.