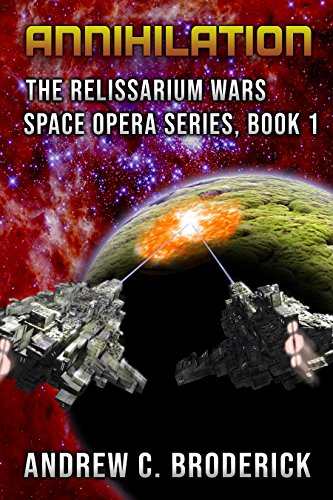 Theo, a struggling farmer on the planet Relisse, gets by on selling crops–until he gets too greedy.

A small-time smuggling gig to help feed his children turns into a murderous double-cross. Now, he’s got a price on his head. Theo’s forced to find some powerful–and dangerous–friends. Fast.

The deal doesn’t seem bad: in exchange for protection, Theo only has to help the Carbonari rebels mine rare minerals for their war with another faction.

But when a deadly third player joins the battle, they hit hard: Theo sees his entire planet burn before his eyes!

Now, Theo’s got nothing left but fiery revenge, and he’ll take his vengeance all the way to the emperor himself!