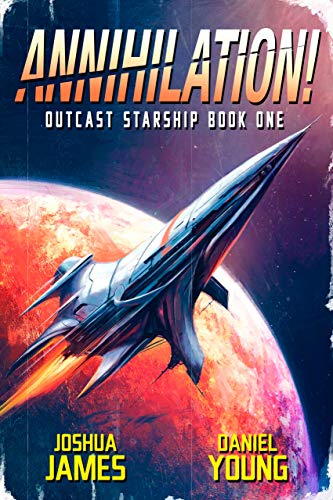 When Eli Bryce stumbles upon a plot to attack Earth, he shrugs it off. He’s not in the Earth-saving business.

Two decades after he was banished from his homeworld for a disaster that still haunts him, Eli and his crew of misfits struggle to survive on the outskirts of the galaxy.

But when Eli, goaded by his estranged daughter, rescues a near-dead castaway with an impossible secret, everything changes.

Eli might have no choice but to get back into the Earth-saving business.

Annihilation! is old-fashioned space opera at its best, perfect for fans of action-packed drama and fun!