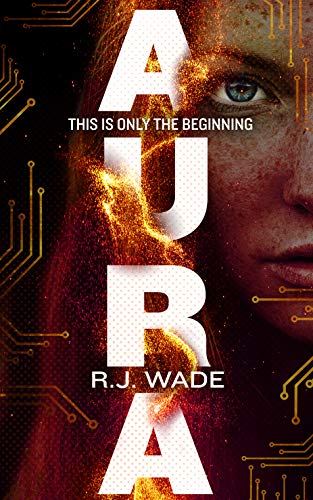 Surviving on the outskirts of a technologically advanced Smart City in a post-uprising dystopia, sixteen-year-old Aura and her family live in fear of a government that monitors thoughts themselves. Years after she took the test that would determine – and control – her future, Aura continues to hide the explosive results the test revealed. But when her mother is arrested, Aura is forced to unleash deadly powers she didn’t know she had in order to escape.

Shocked and confused by the scope of her abilities, Aura trusts a mysterious man from her family’s past and finds him a willing mentor. But as the intense training sharpens her talents, she discovers that her mother and her incarcerated father are in grave danger. As time ticks down to her father’s public execution, Aura has no choice but to infiltrate the city that tore her family apart.

Can Aura complete her impossible mission without setting off lethal consequences to herself – and everyone around her?