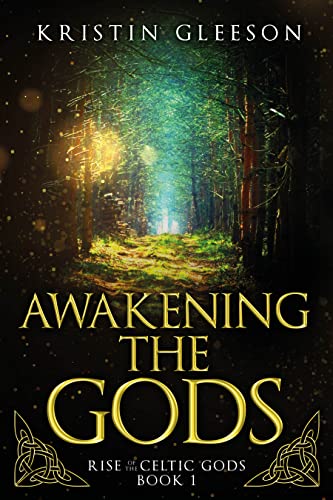 A failed barista, a reclusive blacksmith. Can they avoid the call of the Irish Gods?
Saoirse knows playing traditional music once a week in a local Dublin pub won’t get her a career, but it’s all she’s got, especially after she’s fired from her barista job. But then her father dies and her life is set into a spin, especially when an unknown grandmother comes calling..

Music is Smithy’s one joy that is left to him that has a residue of the magic he lost long ago. Creating things in his forge, tucked away in rural Cork, increasingly reminds him of what he’s lost and why he must resist the requests of the Tuatha De Danann. They want him to join their efforts to battle their biggest nemesis,a powerful god who is threatening the destruction of Eire, the land they hold so dear. But events and gods conspire to bring Saoirse and Smithy to the path that was meant to be. It’s time for the gods to awake and answer the call to defend the land. But answering that call could mean risking death.