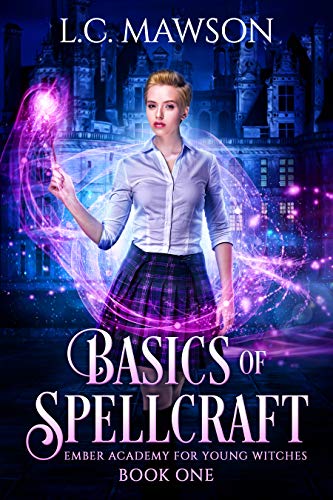 I should have known something was wrong when my weird aunt arrived in town just as I started getting killer headaches.

But how was I supposed to know that it was a sign of repressed magic?

Or that an ancient witch had escaped her tomb and sent demons after me?

Demons who cursed my mother.

I wanted to stay with her, even if she wouldn’t wake, but I was sent to Ember Academy for Young Witches instead. Somewhere the demons hopefully can’t get me.

I need to find a way to lift the curse, but there’s a block on both my magic and memories that everyone is refusing to lift.

A block that might hold the answers as to why an ancient witch is after me in the first place.

My teachers don’t want me digging into it, worried about the danger.

But I don’t care.

My mother was cursed because of me, and I’m not going to rest until she’s safe again.