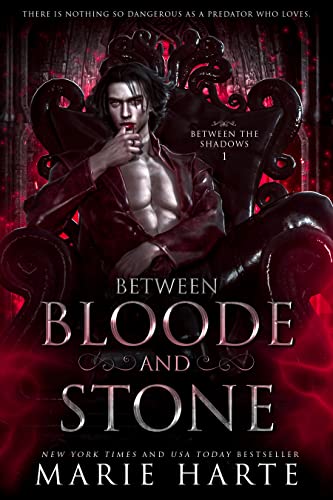 By: Marie Harte
Fact: Vampires are the strongest of all the magir. Fact: Vampires are cruel, capricious creatures who believe in getting even at all costs. Fact: Stealing from a vampire? The worst move Fara has ever made.
Genre: Fantasy | Library | Paranormal Romance
Series: Between the Shadows
Pages: 308
Vampires
Amazon Books

Dusk Elf Faraine doesn’t have a lot of time. She’s up against a master vampire trying to dominate the world. And with the Bloode Stones, he just might. She’s got one chance to beat him—giving the stone to someone else—Varujan of the Night Bloode.

If anyone can defeat the master vamp, it’s his son.

Varu loathes everyone equally. Even the new kin he’s been forced to join because a goddess said so. What are gods to vampires? Nothing. But when a pesky fae tries jerking him around, hate turns to interest, and before he knows it, he’s captivated by the sneaky, irresistible female.

But her plans are enough to get him and everyone he knows killed. That’s if the Bloode Stone doesn’t destroy him first.