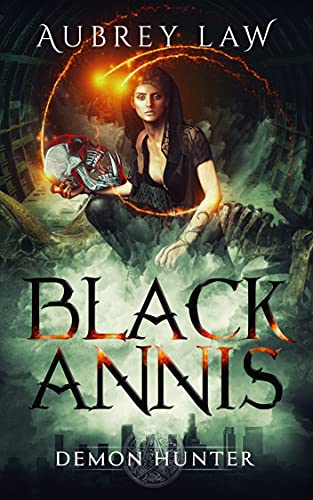 All that the ancient black witch Annis wants is to avenge her father and defeat her enemies. However, it’s easier said than done, for her enemies are powerful Necromancers, deadly Archdemons, ruthless vampires – and her own mother. But after four hundred years of torment in the Lake of Fire, Black Annis will not give up.

They will know her fury. All of them. The Priesthood will suffer for what they did to her.

And there’s no way she’s letting them send her back to Hell. She might need a bit of time to adjust to the body of a young woman she possessed, and a bit more time to adapt to the modern city of Los Angeles, but she’ll manage.

Because her enemies will not rest until she is dead. Again. But dying once was enough and now it’s her turn to strike back.

She is a powerful black witch, the only daughter of the immortal Witch Queen Amelia, and she will have her vengeance.