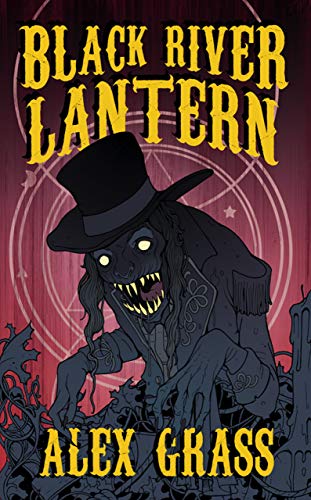 By: Alex Grass
Eddie Marivicos is trapped in a cycle of exploitation. And his daddy likes it that way. He was brought up by his father Papa Marivicos to work in the family carnival. Papa is a cruel man who runs his show like a labor camp. When it comes to the Marivicos Summerlong Carnivalé Festival, the show must go on… at any and all costs.
Genre: Horror | Library
Series: Stand Alone
Pages: 354
Dark Fantasy | occult Horror | Paranormal
Amazon Books

Eddie has recently been “gifted” with the ability to hear others’ thoughts; to him, it’s a supernatural horror story that he cannot escape—a curse. Dubbed “second sight”, this condition propels Eddie to local stardom, and for Papa, Eddie becomes the goose that laid the golden egg. But there are other opportunists who would make use of Eddie’s powers for their own personal gain.

As other people from Kayjigville come into Eddie’s orbit—the mafia, and a greedy businesswoman who resurrects her fortunes after being disgraced—their fates become intertwined with his. Dr. Chain, a clinical psychologist, is tasked with looking after the young man after an explosive accident caused by Eddie’s powers sends the town reeling. An escort named Lexi will cross paths with Eddie, and provide him comfort during a grim time in his life. Being close to the mind-reader does not come without consequence.

In this paranormal horror story, everyone that comes within Eddie’s orbit will be bloodied and scarred before it’s all through. Papa Marivicos wants power and will stop at nothing to get it—extortion, murder, and perhaps even conjuring a Lovecraftian horror from another dimension, a presence that sends him into a spiral of grotesque mutation. Eddie wants nothing more than to break away from the darkness carved in his DNA, but will have to reach to the ends of the known universe to do so. The Marivicos family drama escalates as father and son learn to unlock the latent powers of their ancestors. One by manipulating sound, fire, and darkness; the other by harnessing the power of light.

The 47th Annual Marivicos Summerlong Carnivalé Festival will kick off a chain of events that will usher in a dark and tragic horror upon the carnival, Kayjigville, and even realms thought to be the stuff of only the most far-flung paranormal fantasy… Feast your senses on this tale of dramatic supernatural fantasy tale!