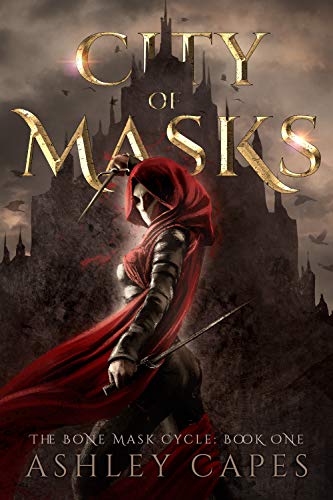 By: Ashley Capes
When a royal conspiracy topples the noble House Falco, Sofia must take up the burden of her father's mantle and assume guardianship of his Greatmask
Genre: Fantasy | Library
Series: The Bone Mask Cycle
Pages: 487
Epic Fantasy | Sword & Sorcery
Amazon Books

When a royal conspiracy topples the noble House Falco, Sofia must take up the burden of her father’s mantle and assume guardianship of his Greatmask. Yet the sentient bone mask, powerful enough to Compel those around her, will not speak, and Sofia, the first female Protector in a hundred years, is left defenceless.

Hunted by the king, she is driven from the palace and must fight for survival, alone in the cold streets of Anaskar. There, she crosses paths with Notch, a bitter mercenary with problems of his own. Accused of murder, Notch is trying to clear his name while hunted by the city’s robed assassins, the very people who are now searching for Sofia.

To take back their city and cast down the tyrant on the throne, Sofia and Notch must face the blades of Anaskar’s assassins, the rage of a mighty sea beast, and the mysterious Lupo, a man with a Greatmask of his own, who has masterminded vicious terrorist attacks on the city that spurned him.

Their struggle threatens to tear the city – and the kingdom – into shreds.