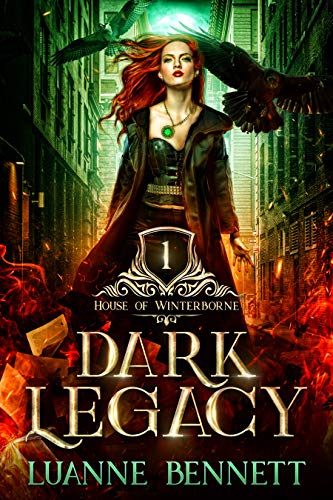 When Morgan Winterborne is named head of her immortal clan after her mother’s sudden death, she hardly expects to be thrown into a game of cat and mouse with her own uncle. Or a mysterious man from her mother’s past who stalks her and may hold the key to why her mother walked into the ocean and never resurfaced from the cold water.

Owners of a famous auction house in New York City, the Winterbornes run a respected business by day and hunt evil by night. They’re servants of the gods tasked with ridding the city of vampires. But when an ancient box arrives at the auction house, Morgan will slowly uncover details about her mother’s past that could destroy her.

Years shy of reaching her true immortality and still discovering her talents as a rare witch like her mother, Morgan is a threat to those who want her out of power. When the council Elders accuse her of a high crime, she escapes the clan and sets out to prove her innocence. With the help of an immortal crow and a shifter she’s accused of aiding and abetting—a man she can’t fight her attraction for—she’ll unravel the true legacy of the Winterborne women and fight to take back her throne.