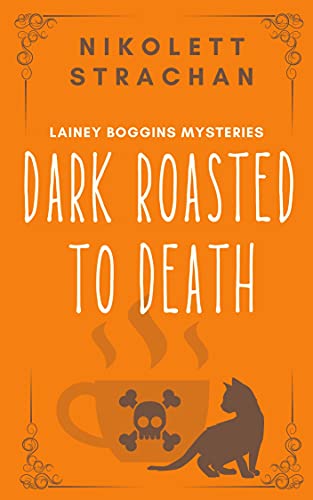 Lainey Boggins is desperate to be a real reporter and to find a story that’s more interesting than a church bake-off. But sleepy little Aurora Heights is hardly the place for murder and mayhem. The biggest story of the week is the opening of a new cat cafe, which Lainey reluctantly agrees to cover.

But when the town’s beloved mayor drops dead at the cafe’s opening, the small town is shocked. His death is ruled an accident, but Lainey isn’t convinced.

Suddenly, Lainey is thrust into a web of lies that she can’t untangle. It turns out that the jolly old mayor wasn’t so jolly after all, and he had a lot more secrets than Lainey bargained for. With the help of Dylan, the cute cafe owner and even cuter detective, Nick DeLuca, they’re unraveling the mayor’s private life and finding out his secrets. But if Lainey isn’t careful, she could be next.