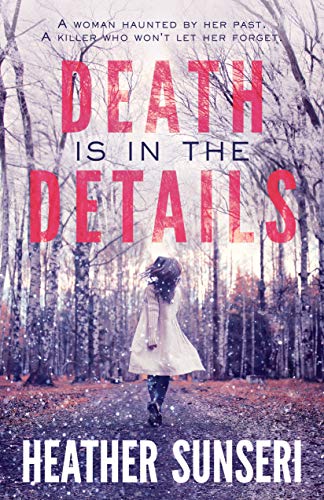 Death is in the Details

Faith Day’s condition curses her to recall her mother’s fiery murder like it was yesterday. And when the forensic photographer’s convicted stepbrother is somehow cleared 12 years later and released from prison, Faith wonders if he’ll put an end to her tortured memories. But after a string of eerily familiar fires tear through her small town, Faith starts to question every detail of her traumatic past.

Luke Justice won’t rest until he catches a notorious serial killer masking his murders in arson. Following a trail of deadly blazes to Faith’s doorstep, the FBI agent senses she holds the key to the case. But if he can’t convince her to open up, Luke fears he’ll miss his best chance to put a psychopath behind bars.

As Faith fights the resurgence of dark emotions, an arsonist begins leaving personal totems in her home. Determined to stay alive, she taps into the only weapon she has against the vicious murderer: the echoes of her childhood nightmare.

Can Faith help Luke unmask the true killer before they both go up in flames?