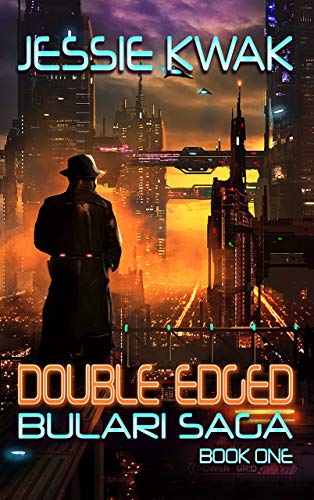 Willem Jaantzen didn’t ask to be a hero. He just wants to keep his family safe in the shifting sands of Bulari’s underground—and to get the city’s upper crust to acknowledge just how far he’s come since his days as an orphaned street kid. With his businesses thriving and his dark past swept into the annals of history, it looks like he has everything he could ever ask for. Until, that is, his oldest rival turns up murdered and the blame—and champagne—begins to flow.

It turns out Thala Coeur died as she lived: sowing chaos. And when a mysterious package bearing her call sign shows up on Jaantzen’s doorstep, he and his family are quickly swallowed up in a web of lies, betrayals, and interplanetary politics. It’ll only take one stray spark to start another civil war in the underworld, and Jaantzen’s going to have to pull out every play from his notorious past if he wants to keep his city from going up in flames.

Jaantzen never wanted to be a hero, but that might just be a good thing. Because a hero could never stop the trouble that’s heading humanity’s way.