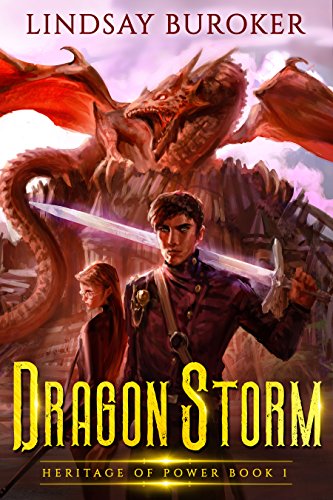 Telryn “Trip” Yert has always been a little odd, with hunches that are too accurate to explain. Magic is feared and forbidden in Iskandia, so he’s struggled his whole life to hide his eccentricities. As a boy, he was forced to watch his mother’s execution. Her crime? Witchcraft.

Understandably, Trip wants nothing to do with the power that lurks within him, always threatening to reveal itself. Instead, he dedicates himself to serving as an officer in the king’s army, to battling pirates and imperial conquerors. He longs to become a soldier as respected and renowned as the legendary General Zirkander.

But his country is in need of more than a soldier.

After disappearing for over a thousand years, dragons have returned to the world. A few of them are willing to be allies to mankind, as they were millennia before, but far more want to destroy or enslave humans and claim the world for themselves.

There are few people left with the power to fight dragons. For reasons he doesn’t understand, Trip may be one of those people. But if he chooses to learn more about his heritage and the power he can wield, he risks losing everyone he loves and everything he longs to be.