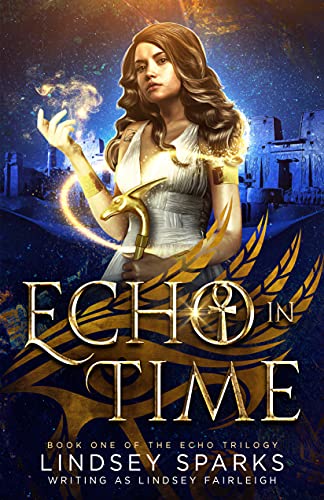 Archaeology grad student Alexandra Larson’s world is turned upside down when her mother shares her deepest, darkest secret—that she doesn’t know the true identity of Lex’s father. The revelation sparks a change within Lex, and her dreams become far too real. She sees things she shouldn’t be able to see…knows things she couldn’t possibly know. Terrifying things. Deadly things.

To distract her from the surreal changes taking over her life, Lex leaps at the chance to join an Egyptian excavation run by Oxford’s enigmatic Professor Marcus Bahur. But the distraction might be more than she bargained for. While deciphering the secrets of a mysterious stone tablet, Lex falls headlong into a prophecy created by a dying god over four millennia ago. She must rely on her frightening new psychic powers to dig up the truth. And it doesn’t take long for her visions to convince her that both Professor Bahur and his excavation are much more than they seem…

The past clashes with the present in this paranormal saga of ancient prophecies and warring gods. If you like Egyptian mythology, steamy romance, time-bending mysteries, and complex characters, then you’ll love this sprawling time travel adventure.