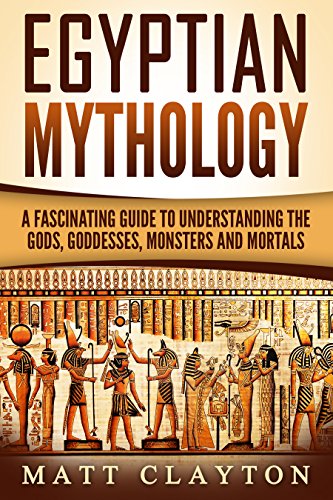 Enjoy Captivating Stories of the Gods, Goddesses, Monsters, and Mortals

From what we know of history, Egypt, along with Sumer, were the foundations of civilization. The Fertile Crescent, which stretched from the Nile Valley to the twin rivers in Mesopotamia, gave us our earliest glimpse of organized man. But organized how? For one, both locations gave us writing—hieroglyphics in Egypt and cuneiform in Sumer. There is still some debate about who was first.

In this book, we will start by looking at the gods and goddesses of Kemet—Ancient Egypt. Then, we will turn our attention to the monsters which likely gave them nightmares and humbled them in their quest to bring order to the world around them.
Finally, we will look at the mortals which shaped their civilization and made Egypt the bedrock of our own history. Though Egypt today is only a third-world nation, struggling with terrorism and poverty, their heritage remains vital to the understanding of who we are as a species.

Just some of the topics covered in this book include