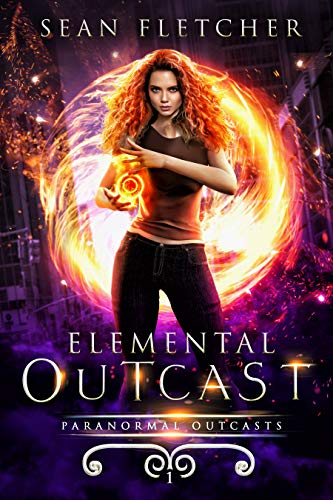 All Riley wanted for her seventeenth birthday was a fun night out. But when a knife-wielding psycho attacks her best friend, of course she tries to stop him.

Turns out, a knife through the heart isn’t all it’s cracked up to be.

Instead of pearly gates, Riley wakes up alive and ensnared in a witch’s curse with twelve paranormals known as the Outcasts—including the inhumanly beautiful, totally-hates-her-guts vampire Jasper. And shifters, faeries, witches, and other creatures that shouldn’t exist? They’re real. And Riley just might be the most powerful paranormal amongst them.

Even worse, an ancient prophecy says the thirteenth Outcast will be the one to break their curse.

Between attempting to control her unstable new magic, figuring out what the deal is with broody Jasper, and learning more about the Outcast’s prophecy, it becomes clear that she’s a target. A dangerous paranormal knows about her connection to the prophecy and wants her dead. Only this time, dead means dead.

There’s only one thing to do: she’s got a destiny to fulfill.