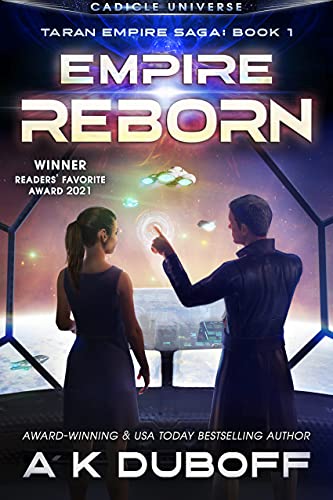 Break the treaty, be destroyed.
We forgot.
Now we pay the price.

Jason Sietinen lives in the shadow of greatness. He’s worked hard to become a TSS officer in his own right, but having war heroes for parents is hard to top.

When Jason is assigned to investigate a mysterious attack, he finds evidence of powerful transdimensional beings never before seen. Or so he thought.

Jason soon learns that critical information was lost through the millennia: Tarans had an ancient treaty with the aliens. Unfortunately, rogue actions by a shadow faction within the Empire just broke the peace.

With the future of the Empire hanging in the balance, Jason must find a way to unite the Taran worlds, including the lost colony of Earth, against the mounting threat. There’s just one problem: how do you fight an enemy you can’t see or touch?