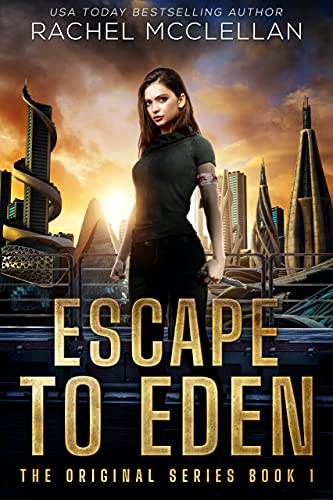 In the future, mankind has learned to manipulate their DNA, harnessing only the good genes, like intelligence, strength and height. They called this prime DNA and humans rushed to get these new pDNA injections, which gave them superhuman-like qualities. Centuries later, however, their DNA became so engineered that humans rarely live past the age of thirty, thanks to a new deadly disease called the Kiss. The only cure is to receive an injection of oDNA, DNA from an Original human that hasn’t been genetically altered. Problem is there aren’t many Originals left.

When seventeen-year-old Sage wakes up in a hospital with no memories, her only clue are the words “Run Now” written on her hand. Trusting her instincts, Sage barely escapes but only to collide with an outside world that would kill to get their hands on her.

With the help of unlikely allies, including a boy with hidden bat wings, Sage makes the dangerous trek to Eden, the last place for people like her and the only place she’ll be safe from those at the Institute who would use her blood until she died. But with deadly Primes hot on their trail, Sage must make the ultimate sacrifice to save the people she’s grown to love.