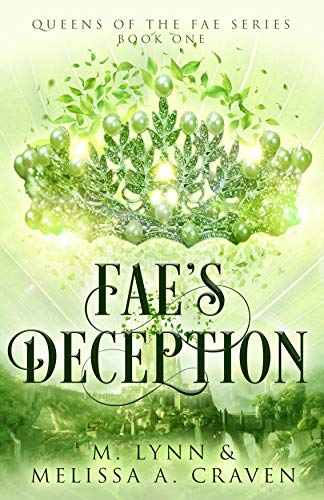 By: M. Lynn | Melissa A. Craven
A human girl with a troubled past. A fae prince from a stolen kingdom. When he whisks her away to the fae realm, there is no going back to her old life.
Genre: Historical Fiction | Library | Teen & Young Adult
Series: Queens of the Fae
Pages: 267
Dark Fantasy | War Fiction
Amazon Books

Under the rule of a captivating queen, the kingdom of Fargelsi has brought the three fae lands to the brink of war. And now that same queen has her eyes set on a new pawn—a human girl.

Allied with the usurper king, the royals seek to overthrow all those who oppose their unmatched power. Unmatched—until Brea Robinson arrives and proves to be more than they bargained for.

As the motivations of those around her become clear, Brea must decide if she can trust the handsome prince who abducted her, or if she might be safer across the wastelands and swamps, in a land in desperate need of the magic she doesn’t know she has.