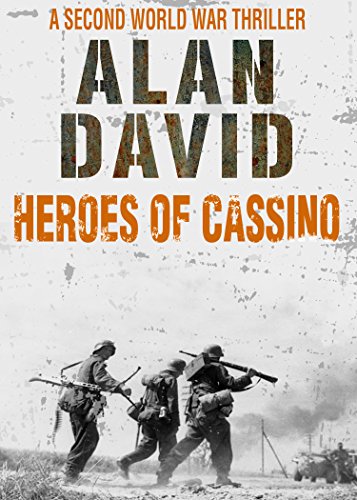 Max is a fanatical Nazi in SS Division Vaterland who sees the war as a crusade to defend his dreams and ideals.

Kurt is commander of a Panzer Mark IV for whom war is a gruesome duty demanded of every loyal patriot.

Still reeling from their defeat at Stalingrad, the German army now turns its attention to Italy, facing Italian partisans and Allied forces alike.

But as the war drags on, the brothers come to the same realisation: the war has become a nightmare, and it becomes clearer every day that every desperate battle is more pointless than the last…

Trapped at the crux of the winter line, their lives threatened whether they stand or run, can there be any choice for the heroes of Monte Cassino?

Alan David is a pseudonym of Donald S Rowland, a prolific writer of over 500 novels in various genres. His other titles include ‘Stalingrad Heroes’, ‘Heroes without Honour’, ‘Heroes in Normandy’, ‘The Battle Done’ and ‘Both Feet in Hell’.