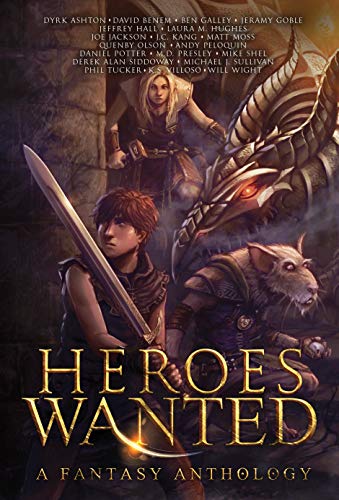 A demonic assassin. A half-orc boxer. A ratman necromancer. Though they take many different shapes and forms, there are heroes all around us.

Bravery can be found in the most unexpected places: a subterranean dwarven city; the sands of a temple courtyard in Ancient Egypt; a besieged castle, a Victorian brothel, a goblin warren, the post-apocalyptic ruins of a demon-infested village. Heroes dwell in the shadows as well as the light; you just have to look a little harder to find them.

Who do they fight?
Some heroes challenge injustice in all its numerous guises, while others hunt monsters both human and bestial. Others battle inner demons, the ghosts of their past, their deepest nightmares – or even the gods themselves.

Why do they fight?
For glory? Sometimes. For honor? Perhaps. There are those who instinctively strive to protect those weaker than themselves, and there are others emboldened only by a sense of obligation, or the promise of wealth. Whether by the blade or other means, they endeavor to take down all who threaten what is good and right in their world.

By hook or by crook, through cunning or combat, with tooth and claw or iron and steel, they are all united in one goal, willingly or not: to live – and die, if necessary – a hero.

Choose your weapon. Fight for what you believe in. Never give up.