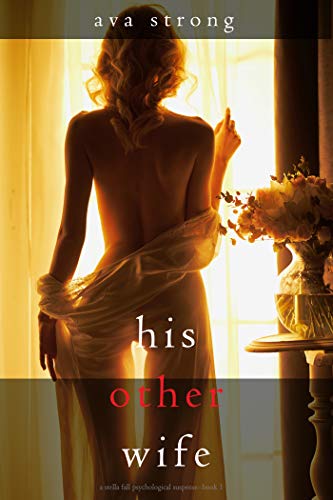 By: Ava Strong
Newly-engaged Stella Fall, 26, is horrified to learn of her ultra-wealthy fiancé’s secret past. When someone turns up murdered in their exclusive suburb, Stella, to clear her name, must investigate. But in a culture ridden with masterful liars, can she ever really find the truth?
Genre: Thriller
Series: A Stella Fall Psychological Suspense Thriller
Pages: 252
Crime Thriller | Psychological Thriller | Suspense
$0.99
Free
Amazon Books

Stella seems to have her whole life ahead of her: she has just graduated with a dual masters in Psychology and Criminal Justice, she is engaged to the man of her dreams after a whirlwind romance, and she is moving to the East Coast with him as she prepares for the wedding and searches for a dream job, hoping to be a criminal profiler. She is so excited for her life together with Chris—until she meets his family.

Stella, from a humble Midwestern upbringing, never felt comfortable around money, and she hates the world Chris comes from. She is in shock at the culture clash as she gets to know his elitist family and friends, all of whom look down on her. Isolated and demeaned, Stella wonders if she can live a life in such hostile surroundings. When they move into the guest house on his estate, things only get worse.

Stella wonders if Chris is really the man she thought he was–but before she can decide, a murder leaves her blindsided.

Stella, implicated, her future on the line, has no choice but to investigate. As her dreams devolves into hell, Stella, still struggling to overcome her own traumatic past, questions everything around her—including her own sanity.

Can she find the killer, and clear her name, before it’s too late?