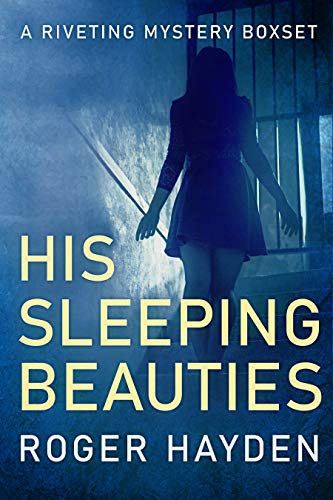 The disappearance of two children leaves a small Florida town in disarray. A suspect remains at large, and investigators are baffled by conflicting evidence and anonymous calls to the police station by their alleged kidnapper. With Halloween approaching, two detectives find themselves racing against the clock to find the children before it’s too late. They soon realize they are dealing with a madman who has plotted his vengeance against the town for years, determined to carry out his plans to the fullest.

To solve a high-profile abduction, one former-police officer must confront a dark past.

A child’s abduction leads to a frightening pattern within a South Florida town where nothing is as it seems. Amidst the vast wetlands, suburban sprawl, and tropical heat, the Lee County police department knows what to expect on any given day. But when a serial child predator stakes his claim in the area, there is no knowing when and where he will strike. The parents of the latest victim are baffled to receive no ransom demands, given their wealth and influence. And the town is in an uproar as the girl marks the fifth child to vanish.

A mysterious chain letter is only the beginning to an inescapable nightmare.

Victoria Owens’s life takes a sudden turn after she receives an unexpected chain letter about her upcoming high school reunion. She’s quick to dismiss the letter and focus instead on her busy day, amidst a preoccupied husband and eleven year-old-daughter. But the letter is only the beginning of a series of anonymous gifts, each more bizarre than the next, which shed light on a past long forgotten. Suspicious of her newfound admirer, Victoria soon finds herself trapped in a dangerous game of vengeance and betrayal, where her survival hangs in the very balance with every move that she makes.