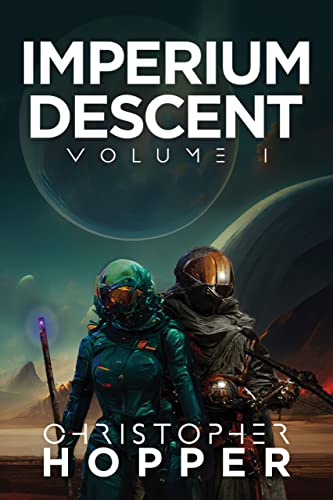 He’s a few jobs away from earning his old life back when a mission goes sideways. Now, he’s forced to choose between his dream of reenlisting and saving the lives of a crew who hates him.

Meanwhile, Princess Orelia Pendaline is interrupted from palace life by an intruder. The thief breaks into the throne room and threatens to steal the family’s most valuable possession, an act punishable by death. But once Orelia unmasks the interloper, can she bring herself to do what justice requires?

Little do Hale and Orelia know that they are being watched. If they’re not careful, their next decisions will summon the wrath of the most powerful people in the Imperium.